Protecting the Community Reinvestment Act: A Letter from BPI 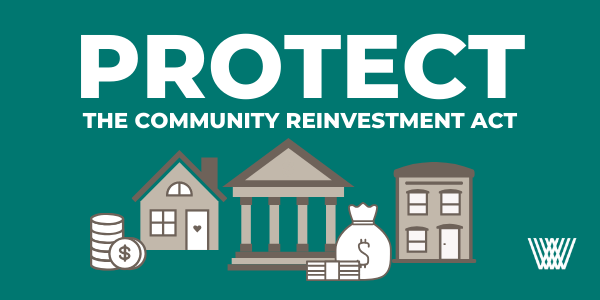 This month BPI, along with a number of local and statewide housing justice organizations, filed comments with the U.S. Office of the Comptroller of the Currency and the Federal Deposit Insurance Corporation in response to proposed changes to the rules that implement the Community Reinvestment Act (CRA).  The CRA was passed in 1977 to address the practice of redlining, the systematic denial of mortgages and small business loans in low-income neighborhoods and communities of color.  Redlining was prevalent in Chicago.  It was a significant factor in creating the housing segregation and racial wealth gap still prevalent here.  For many years, beginning in the 1960s, Chicago organizers led the nation in calling attention to the problem of redlining and were instrumental in the advocacy leading to passage of the CRA.   It was also Chicago organizers who created the national model for implementing the law, negotiating agreements with local banks to provide loans in distressed Chicago communities.

Now, new rules proposed by two of the three federal agencies involved in implementing the CRA would lead to a lower standard for banks in meeting their CRA obligations and would reduce the role of community organizations in determining which businesses and projects will receive those loans.  Rather than addressing the broad-based needs of the communities in which they operate, best expressed by community-based leaders, the proposed rules would encourage banks to cut down on many small, impactful loans and projects and instead focus on fewer, high-dollar-value projects.  The proposed rules would also discourage banks from participating in more challenging and innovative lending for which potential CRA credit is an added incentive.  While the CRA rules certainly need to be modernized, it is important to maintain and strengthen its core strengths, and the important role that community organizations can play in its implementation.

View a PDF of the letter.