Join Us in Welcoming Our 2015 Fellows!

BPI is pleased to share exciting news regarding both the Polikoff-Gautreaux and Skadden Fellowship programs.

For fall 2015, BPI has selected two Polikoff-Gautreaux Fellows, rather than just one as has been customary. We will also be hosting a new Skadden Fellow, the first in a few years. You’ll understand why we’re so enthused about our three new Fellows as you read the brief profile of each that follows:

S. Mayumi Grigsby (Polikoff-Gautreaux Fellow) graduates from Northeastern University School of Law (Boston) in May. While at Northeastern, Mayumi worked with the Center for Constitutional Rights (New York, Boston, and Haiti) on issues of international human rights and gender-based violence; the Vera Institute of Justice, including an assessment of UN peacekeeping operations in Columbia, Liberia and Sierra Leone; with the Massachusetts Governor’s Office of Cabinet Affairs, and on a special social justice project for the Brazilian Immigrant Center. She spent a summer in Haiti, New York, and Boston as a Helena Rubenstein Fellow for Women’s Justice.

After receiving her B.A. from Georgetown University, she formed her own consulting business in her native Liberia and for two years worked with the United Nations Development Program in Liberia and Côte d’Ivoire on women’s empowerment issues. As an officer of the Liberian Embassy in Cote d’Ivoire, Mayumi served as a speech writer for Liberian President Ellen Johnson Sirleaf. While Mayumi grew up mostly in the United States, she speaks French and conversational Wolof.

“I am extremely grateful and honored to work with BPI,” says Mayumi. “I am truly excited to apply my passion and skills to this Fellowship. BPI has a long, successful and respected history of addressing issues of social justice. I look forward to joining the BPI team and learning from everyone there. ” 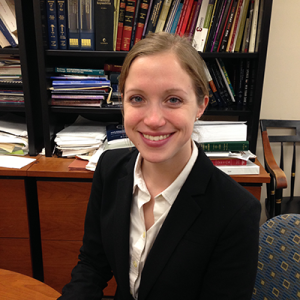 Nora Mahlberg (Skadden Fellow) will graduate from Harvard Law School in May. Last summer, Nora was an intern for the Legal Assistance Foundation (LAF) in Chicago and, the previous summer, at the Public Interest Law Center of Philadelphia. Nora was an editor of the Harvard Civil Rights-Civil Liberties Law Review, co-president of the school’s ACLU chapter, and Outreach Director for the Harvard Legal Aid Bureau, where she co-led the foreclosure task force. Prior to Harvard Law, Nora spent a year working on Indian child welfare matters for the Lakota People’s Law Project in South Dakota and two years on housing issues for the Public Justice Center in Baltimore. Nora graduated magna cum laude from Carleton College in 2009 with degrees in sociology and anthropology.

As a BPI Skadden Fellow, Nora will provide community-based organizations and local governments legal and technical assistance to facilitate their use of the Cook County Land Bank. She will also convene a diverse group of experts and leaders to conduct a thorough review of state and local laws impacting vacant properties and then work to enact the study’s recommendations.

Nora says, “I am thrilled by the prospect of working with BPI and the opportunity to work with community organizations in Chicago and the Cook County Land Bank to reclaim vacant properties in the neighborhoods hardest hit by the foreclosure crisis.  I greatly admire BPI’s affordable housing work and its response to the foreclosure crisis. I am honored to play a part in continuing that work.” 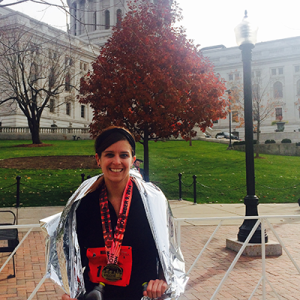 Emily Powers (Polikoff-Gautreaux Fellow) will graduate from Northwestern University School of Law in May. She interned with us two summers ago. While attending law school, Emily participated in the Center on Wrongful Convictions for Youth, volunteered with the Mississippi Center for Justice, and traveled to South Africa to conduct legal research on the right to housing. In addition to her summer at BPI, Emily interned with the City of Chicago Law Department, Equip for Equality (persons with disabilities), and the Illinois Attorney General’s office.

“My dream job has always entailed utilizing a combination of legal, policy and public engagement strategies to compel meaningful social reform,” says Emily. “BPI is an incredibly unique organization that empowers me to do just that, and I feel grateful for the opportunity to work alongside its innovative and talented staff to advance social justice for the people of Chicago.”

As you can see, we have a truly outstanding trio of new fellows! We are enthusiastic about our impressive new class of fellows and are confident they will bring BPI a fresh infusion of energy, talent and ideas.