Honoring Ida B. Wells with Chicago’s first monument to an African American Woman

Ida B. Wells fought for black civil rights and women’s rights, and crusaded against lynching during a particularly cruel time in American history.

Born into slavery in 1862 in Mississippi, Wells surmounted great obstacles to become a distinguished teacher, journalist, and activist. She was orphaned at 16 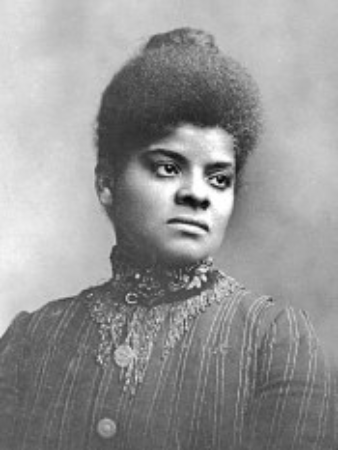 during a yellow fever epidemic and became a teacher in order to support her five remaining siblings.  She eventually moved to Memphis where she became a leading journalist and civil rights activist.  When her newspaper office was destroyed in an angry response to her outspoken writings, Wells was exiled from Memphis, and stayed away from the South for over 30 years. In 1893 and 1894, she traveled across the United States and throughout the United Kingdom and Great Britain, passionately writing and speaking out against lynching. She eventually moved to Chicago, married Ferdinand L. Barnett in 1895, and raised a family in Chicago’s North Kenwood-Oakland neighborhood.

In 2002, after decades of decline, the public housing development was demolished to make way for the mixed-income community of Oakwood Shores.  Although the Ida B. Wells home on 3624 S. King Drive remains a national landmark, it is little recognized.  In response, former Ida B. Wells public housing residents, other community leaders, and Wells’ Chicago descendants formed the Ida B. Wells Commemorative Art Committee to create a monument honoring Wells and ensuring that her name and work continue to inspire generations. They commissioned Richard Hunt, a Chicago native and internationally renowned sculptor, to create the monument. His vision is a monumental, abstract sculpture featuring Wells’ image and influential writings.

The monument, to be erected on the Langley Boulevard median just south of 37th Street, will be located in the heart of Oakwood Shores and just a few blocks from the Wells family home. Daniel Duster, Wells’ great-grandson, is moved by the location. “To be sitting here, where the housing development was, and to have that [sculpture] be  the center piece…it gives me chills in a positive way to say that’s the way she’s going to be honored, and that’s the way the community is going to be celebrated,” he said.  The community has been the home of several generations of the Wells family, including Daniel’s sister Michelle Duster, and their father and grandmother.

The monument will be one of few (if any) in Chicago to honor a real woman (although there are many to mythical women), and the first to honor an African American woman.

Upon completion, the Ida B. Wells monument will be donated to the City of Chicago’s Public Art Collection. The Committee is currently working to raise the $100,000.00 needed to start the monument.  A crowd funding campaign that will run through October is underway.  BPI staff member Julie Brown is an active member of the committee, and BPI is acting as the fiscal agent for the project.

For more information and contributions, please visit the website and donation page. You can also donate during October through the Indiegogo campaign.